"Buchan explores the hopes, uncertainties, and alienation of early 20th-century American immigrants in this story for our times."
—Mark Di Ionno, Gods of Wood and Stone
"Well-researched, beautifully told ... will engage anyone interested in early 20th-century Philadelphia and the old Jersey Shore."
—Nelson Johnson, Boardwalk Empire 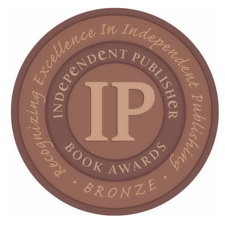 This evocative historical novel tells the story of Giacinto, who emigrates from Italy in 1912 and becomes a carousel carver during the golden age of the craft in America, and Rosa, the eight-year-old orphan girl thrust into his care.

In 1939, with war looming and few new carousels being built, Giacinto leaves Philadelphia for the New Jersey shore, where his wildly popular creations require skilled attention after every summer season. The arrival of Rosa from Italy turns a solitary and predictable middle-aged existence on its head. Discovery, adventure, and danger are all met; youthful imagination brings carved stallions to life; and love blossoms in unexpected places.

The Carousel Carver vividly recreates the world of the immigrant carvers—from the inspiration found in fiery horses, big cats, and children's laughter to the clatter, sawdust, and politics of Philadelphia's bustling multicultural workshops. This is an engaging and insightful tale of tolerance, second chances, and what it means for those once adrift to call America home.


"The Carousel Carver transports us to a period of rapid, colorful, and meaningful change in America. Buchan treats the past not as a series of events, but as the blended experiences of real people whose spirits linger."
—Susan Vollenweider, Kansas City Star
"A tale of life and hope among new American immigrants and those with deeper roots, on the doorstep of WWII."
—Edward J. Branley, Hidden Talents

Perdita Buchan is the author of two previous novels and a work of history, Utopia, New Jersey: Travels in the Nearest Eden. Her short stories and essays have appeared in the New Yorker, Ladies Home Journal, Fiction Network, House Beautiful, The New York Times, and The Christian Science Monitor among other publications.