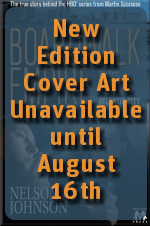 To receive updates on the HBO series please register here.